Moroccan people, everything you need to Know 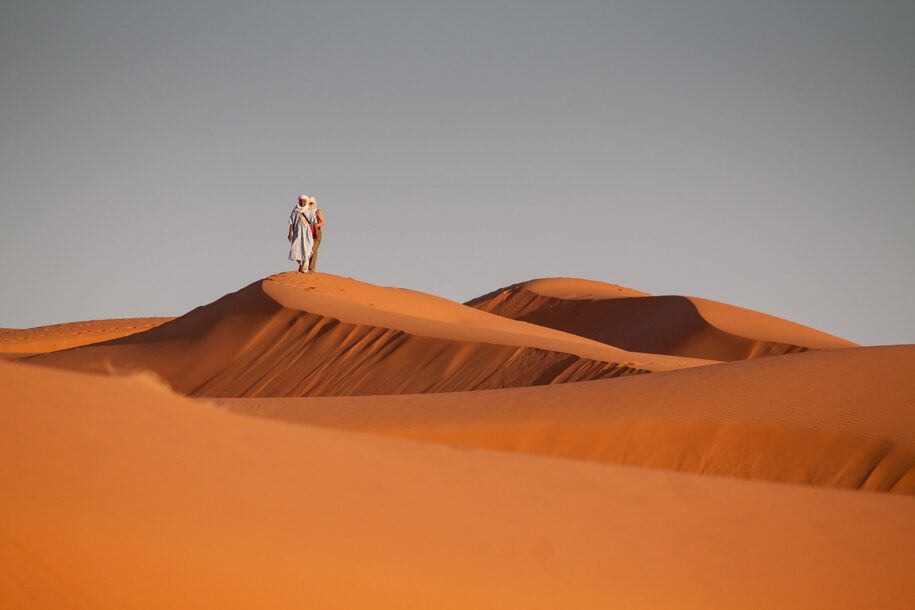 Posted by uniquemoroccotravel on October 29, 2021 | Featured | No Comments

Moroccan people are two words that carry a lot of meanings. First of all, Morocco is a country with a long history. It’s in the northwest corner of Africa. It hugs the dark continent’s northeastern corner. It has a population of around 36,740,000 people. Morocco’s culture and legacy are rich and varied. This has an impact on Moroccans.

Morocco is varied geographically, and this diversity is reflected in its people’s lifestyles, culture, languages, and cuisines.
Being a Moroccan entails being a part of this diverse community. Moroccans are a part of this variety.

Many great nations have visited Morocco in recent years. Morocco’s kingdom is a melting pot of cultures and customs as a result of the latter. Furthermore, the Moroccans benefited from this. It taught them how to live with foreigners, how to learn from them in order to improve their culture, and how to be open to others.

Arabs and Berbers are the two ethnic groups that makeup Moroccans. In the eighth century, the Arabs invaded Morocco and controlled the majority of the country’s coastal districts.

There are four groups of Berbers ( the Riffians, the Chleuhs, the High Atlas, the Soussi ). Every ethnic group has its own accent and culture. They are all Moroccans, yet their culture, lifestyle, language, background, and history are all different.

Moroccan people are regarded as one of the greatest instances of individuals from many origins, beliefs, faiths, and cultures coexisting peacefully. Moroccans are able to live with others without having any issues with their personality, religion, or personal lives.

Moroccans are extremely kind and welcoming.

Hospitality is an important aspect of Moroccan people’s culture. It is a tradition in Morocco that has been passed down from generation to generation. Moroccans have been noted for their warm nature and a strong sense of hospitality. They are quite pleasant folks.

Foreigners will find Moroccans to be tolerant, inviting, and kind. In keeping with their heritage, morals, and culture, they treat people with respect. They are also tremendously concerned about their country’s image. It’s why they are attempting to improve the reputation of their country.

Moroccans are pleasant, warm, and generous people with strong morals and values. Moroccan people are open-minded, have a strong sense of coexistence, and are loyal.

They have a strong sense of self-identity, yet they are also polite and open to the rest of the world. They get along well with others and like sharing their happy moments with others. Moroccans are typical people. Because of their easygoing demeanor, they are able to form bonds with others. This is due to their personalities, cultures, and educational backgrounds.

Morocco is a contemporary, developing Islamic country with a kind and friendly environment. As a result, hospitality has come to be associated with the Moroccan people and their culture.

The archetypal Moroccans: those who still reside in the same place they did ten years ago. Despite the advancements, some typical Moroccans continue to believe in the events of the past. That isn’t to say they aren’t excellent; they are welcoming and giving.

Moroccans nowadays are pleasant and open-minded.

You can feel the combination of modernization and traditionalism in Morocco. People are strongly attached to their culture, beliefs, and traditions while still being quite open to the outside world. This is what distinguishes Moroccans from other people.

Moroccans’ distinctiveness may be seen in the way they live, which is a mix of modernization and traditionalism. Being updated while keeping their customs in mind.

It’s possible that your initial impression of Moroccans may be negative. They appear threatening, enraged, and inaccessible. In reality, you may quickly make a good friend of any Moroccan. It might be the start of a chat with a stranger on the street that leads to an invitation to his or her home for a home-cooked Moroccan lunch. Without a doubt, being with a Moroccan buddy helps you to create wonderful moments.

However, Arabic is the official language of Morocco, while some people in the Atlas Mountains speak Berber. People speaking exclusively the Berber language, for example, can be farther into the highlands.

Moroccans, on the other hand, excel in language acquisition. They are multilingual, speaking French, English, Spanish, Turkish, and a variety of other languages. That is to say, you will have no trouble communicating with Moroccans.

The majority of Moroccans are Muslims. There are SUNNI Muslims and a tiny number of SHI Muslims.

Moroccans are quite pious when it comes to religious ceremonies. Their faith is very important to them.

Moroccan religion, on the other hand, is one of tolerance, respect, and cohabitation.

Overall, Moroccans are famous for their kindness, coexistence, simplicity, hospitality, and peace all over the world. The Moroccan people exude sweetness and simplicity in their daily lives.

Book your Morocco tour and discover the Moroccan diversity!