Please keep in mind that this excursion might conclude in Marrakech rather than Agadir. Please contact us if you have any issues or want to make changes.

Highlights of our tour:

We meet you at your accommodation or at the airport and start our tour. 7 days desert tour from Agadir travels via the Sous Valley and High Alas Mountains and Anti-Atlas Mountains. Besides, you discover the Sahara of Merzouga and experience a camel trekking trip including desert areas by 4×4. Finally, travel to the imperial city and the coastal city of Essaouira. And we end the tour in Agadir.

7 days desert tour from Agadir will start by picking you up you from your accommodation. Then, we drive to explore Taroudant town. Thus, it is called a “little Marrakech”, and it offers a traditional market. You will visit the old Medina and visit Taliouine. It is the capital town of Saffron. You will visit its field and drive to Ouarzazate. Here, you will visit the Atlas Studios where films are produced. And then we check into a traditional riad for a night.

After breakfast, we will continue our tour to Merzouga. But, we will visit pass by different landscapes and villages. Hence, we drive along the Ant-Atlas Mountains and make stope for panoramic views. You will enjoy a range of mountains. Further, we visit Draa valley or Rive. It is the longest river in Morocco at 1,100 kilometers. Next, we stop in Agdez to have local lunch and drive to Rissani via Alnif and Tazzarine. In Rissani, you visit it old and traditional market. Finally, we drive to the Sahara of Erg Chebbi and have a night Riad/ Hotel.

Today, you will explore desert areas and experience a camel trekking trip. Firstly, we visit Khamlia village to enjoy Gnawa music of black skin people. Besides, we visit the mines of Mifis and meet nomads. You will have Berber pizza and experience a panoramic view of the whole desert. After that, we drive to Sahjir Lake and insight different immigrant birds. Finally, you go for a camel trip. You will ride camels and cross the dunes and enjoy the sunset view. At the camp, you will have diner and enjoy music around the fire. A night under the stars

On this day, you wake up early to watch the sunrise view. And you have a shower and breakfast and come back by camel. Thereafter, we drive to Erfoud and visit its market date fruit. Later, we drive to Jorf to visit a traditional irrigation system for watering groves. In Touroug, we visit Berber cloth cooperative and have lunch there the drive to Todra Gorges. There, you will enjoy a natural oasis that goes between a canyon. The site also offers high rocks at 300m for rock climbers. Finally, we visit the Rok Formation and stop in Curves of Tissdrine for a panoramic view. Then, we check into a local Raid in Dades Valley for a Night.

7 days desert tour from Agadir will depart after breakfast. Therefore, we drive to Rose Valley via adobe buildings. The Valley is in Qalaat MGouna town, and it offers rose products such as water and soup rose. Locals organize a Rose festival each year to celebrate the rose harvest season. Secondly, we visit Taourit Kabah and drive to Ait Ben Haddou through Ouarzazate. Ait Ben Haddou kasbah is the largest Kasbah in Morocco and it is a UNESCO site. You will have free time here to walk up the kasbah. Also, we drive via the Tizi-N-Tichak mountain pass and enjoy panoramic views. Finally, we reach Marrakech and spend a night in a Riad in the old Medina.

We offer a guided tour in Marrakech in this program. Marrakech is one of the imperial city and tourist destinations in Morocco. So, you will explore the tourist attractions with our local guide. The tour includes Bahia Place, Menara garden, and Saadian tombs. After that, you explore the square time where locals entertain tourists with their performers. Secondly, you move to Koutoubia mosque near Jamaa El Fna and visit Jardine Majorelle. The guided tour passes by the attractions in Marrakech before it ends. Overnight is at the same Riad.

On the last day of 7 days desert tour from Agadir, we will visit Essaouira. Firstly, we stop at Argan oil cooperative and take pictures of goats climbing the Argan trees. Afterward, we drive to Essaouira to explore the old Medina and enjoy seafood for lunch. Finally, we drive to Agadir and drop you offer at your accommodation or at the airport.

Hassan, our driver, was extremely thoughtful in assisting us along the route, whether it was luggage transportation or picturesque locations we wanted to see, we were able to reach them all with a goal, therefore I strongly suggest this Hassan driver. I've never been to comparable areas before, but the key is that the locals are really kind and eager to speak with us so that we may learn more about Morocco.

Thank you for organizing this fantastic 1-week tour from Agadir, Unique Desert Tour. We shall return one day.

Unique Desert Tour took us all over the country. In Morocco, the desert of Merzouga is one of our favorite visits. Fantastic hospitality, lanterns and carpets on the sand, a campfire, a very plentiful and delicious dinner (we couldn't finish it), and a fantastic program of activities to choose from, including sandboarding and quad bikes, as well as camel rides and 4WD car trips to all the surrounding attractions. The camping conditions also shocked us: each tent has its own shower, toilets, and electrical outlets. This was not the case, for example, in the Jordan Desert.

So, if you have to pick between a hotel and a campground, don't be afraid to go with the latter. It's enchanting! ten out of ten

The Berber Camp was one of the many highlights of our 7-day Morocco round trip! Where else in the world can you ride a camel caravan into the Sahara for so little money, then eat a delicious traditional supper, listen to oriental music, sing, dance, and laugh - all under magnificent bright starry skies? Unique Desert Tour provides all of this and MORE! For instance, sandboarding and dawn in the desert! After returning to the Camelhouse, there was still time to shower and eat a hearty breakfast with all the heart desired! The crew and Hassan, the camp leader, provided us with an amazing time in the Sahara near Mergouza.

The tour was the most memorable part of our trip to Morocco. We took many stops to take in the breathtaking scenery. Everything was great, from the hotel where we slept the first night through the restaurants where we ate lunch and the extremely comfortable desert camp. The guide, Hamid, speaks excellent English and is a joy to be around; the automobile is incredibly comfy. It is an itinerary that should not be missed by anybody visiting Morocco; seeing the sunset while riding a camel is incredible, and I suggest it to everyone.

Please enter the name of the excursion in the subject area to book your 7 days desert tour from Agadir. Also, if you have any suggestions for changes to our schedule, please let us know; our team would be delighted to assist you in planning the ideal itinerary for your needs.

Unique Desert Tour has created several distinct tour itineraries from various places that you should look into before purchasing the 7-day vacation from Casablanca. If any of these excursions do not meet your requirements, please fill in our contact form with your needs. 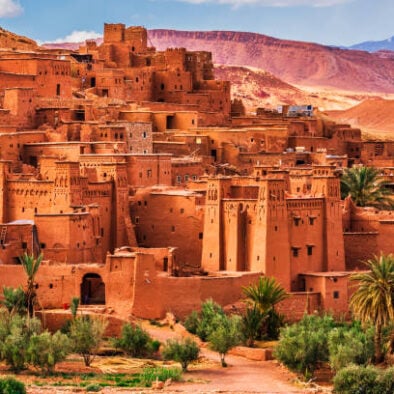 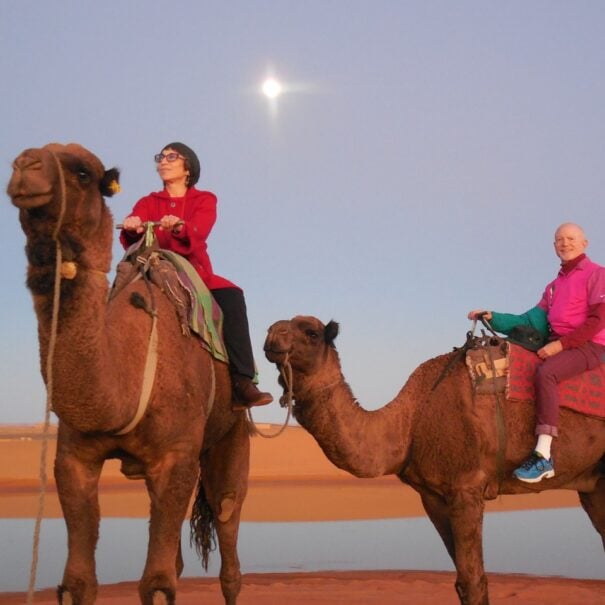 4 days tour from Marrakech to Fes 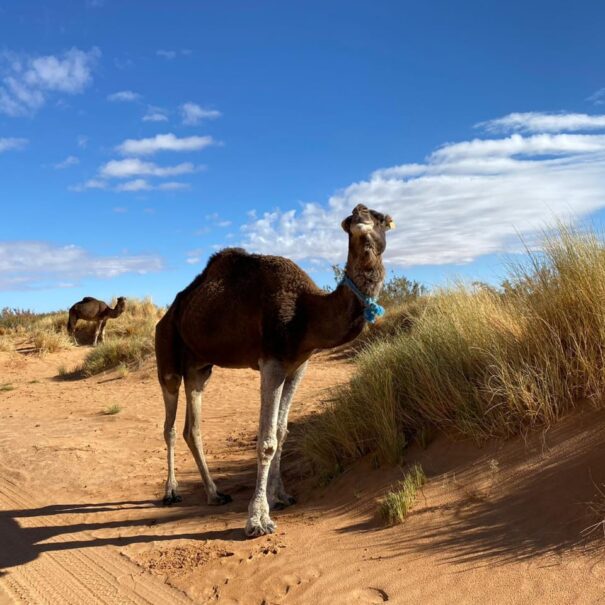 3 days tour from Errachidia to Fes via Merzouga 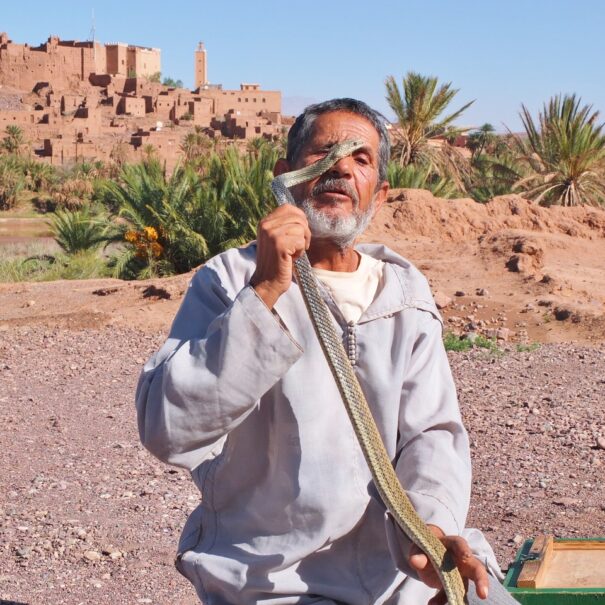 2 days tour in Morocco from Fes 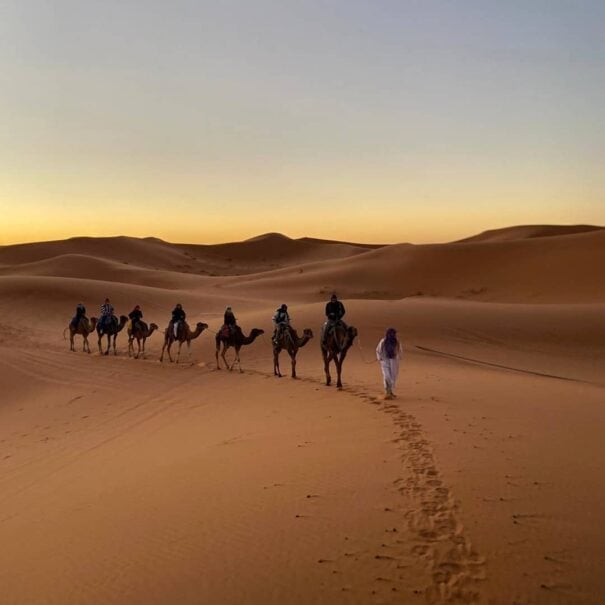 3 days tour from Fes to Merzouga 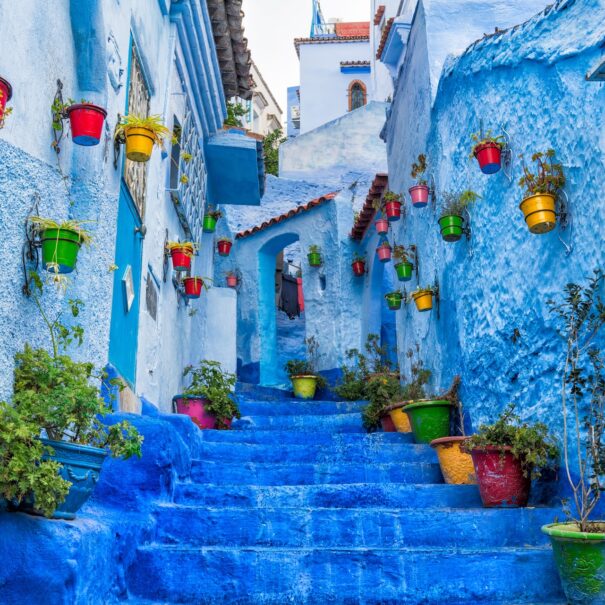 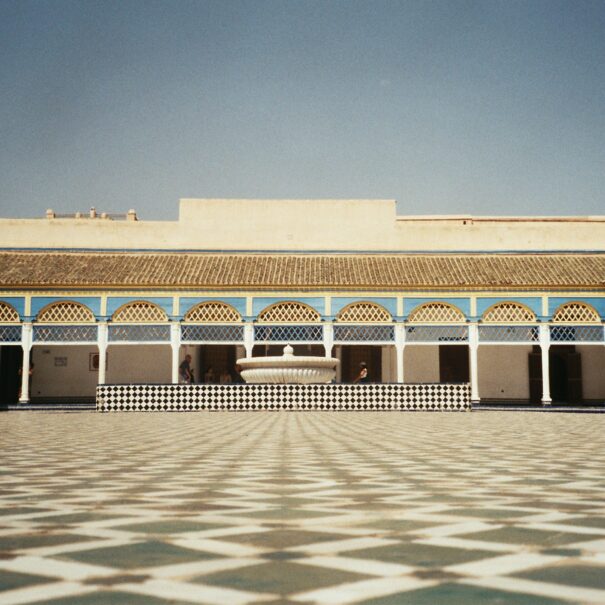 3 days tour from Fes to Marrakech 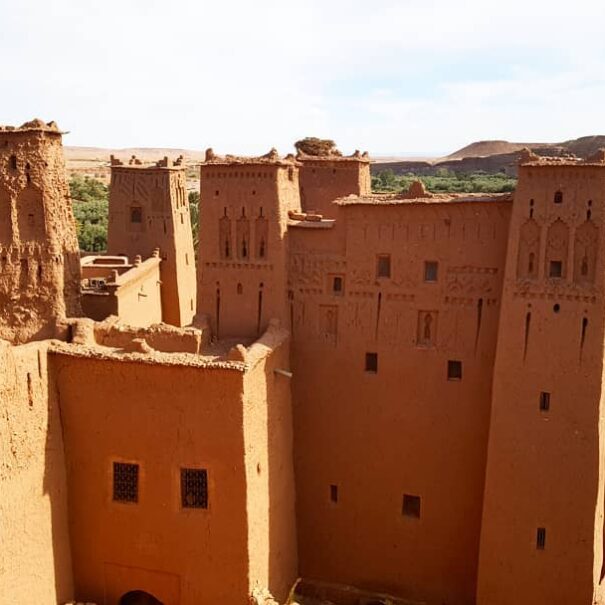 4 days tour from Fes to Marrakech 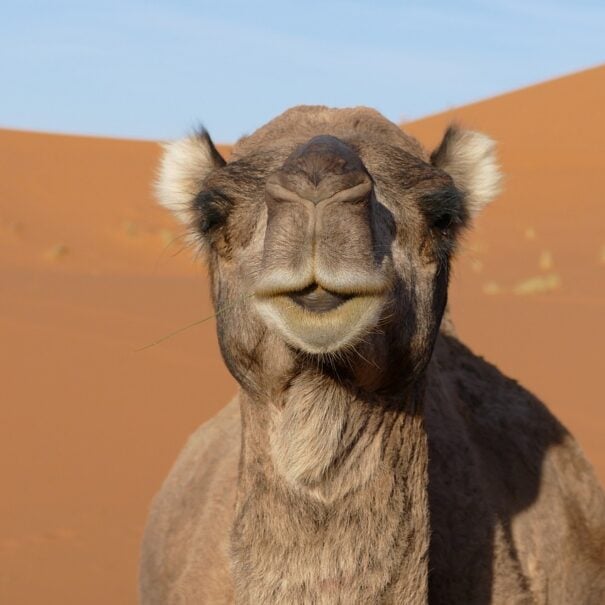 3 days tour from Errachidia to Merzouga 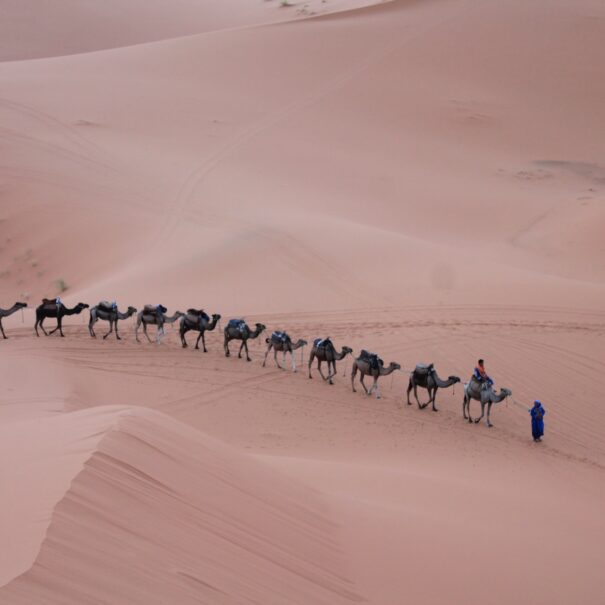 5 days tour from Fes to Marrakech 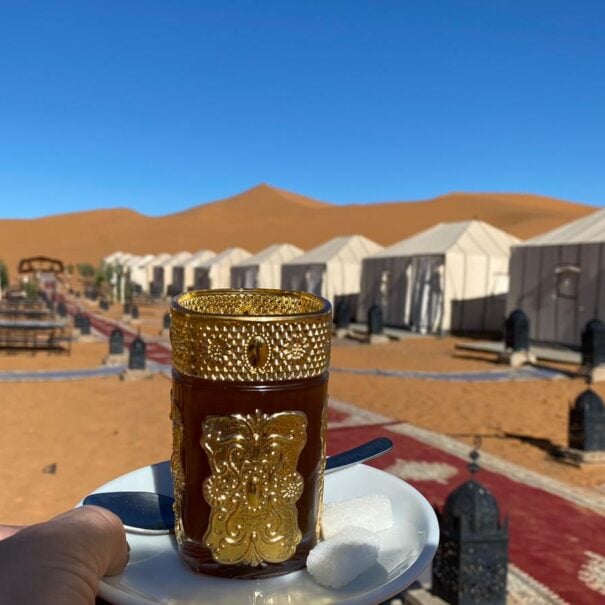 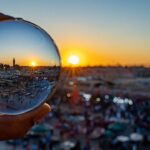 3 Days tour from Errachidia to Marrakech 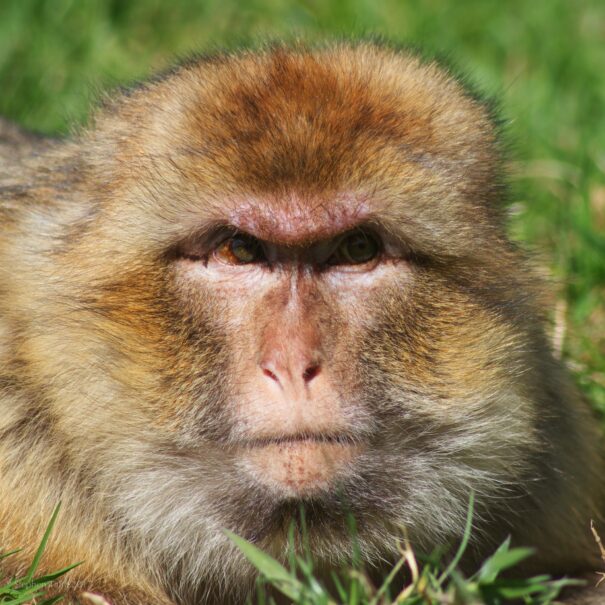 6 days tour from Marrakech to Fes 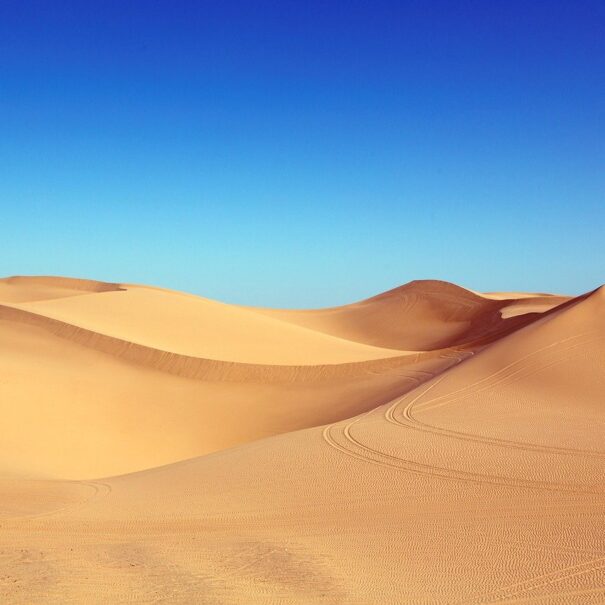 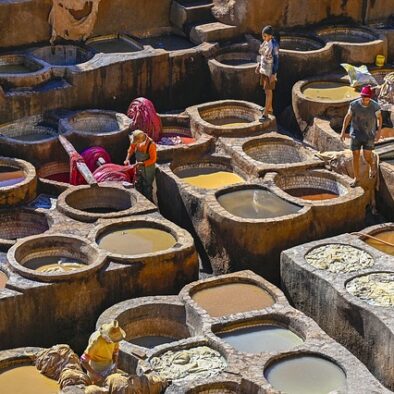 3 days tour from Ouarzazate to Fes 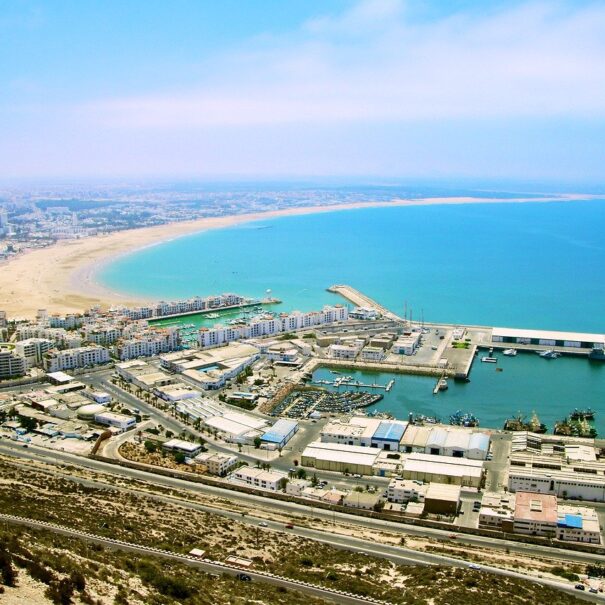 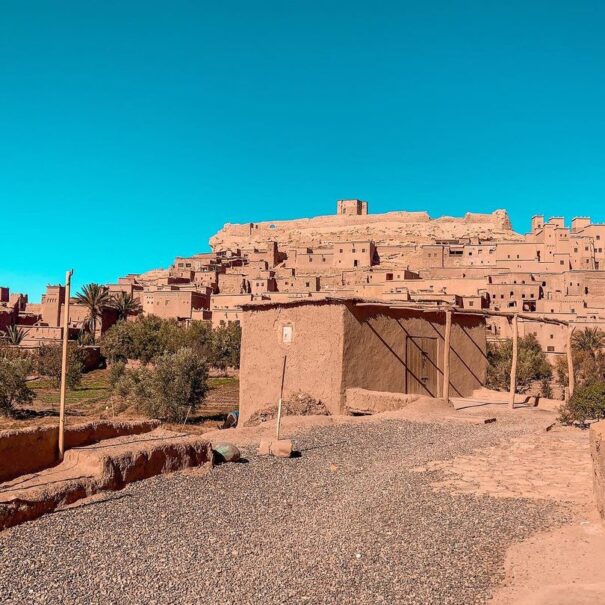 7 days tour from Marrakech to Fes 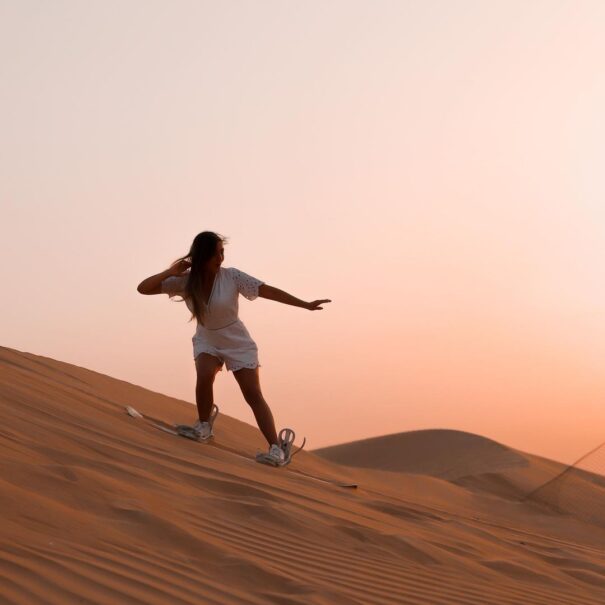 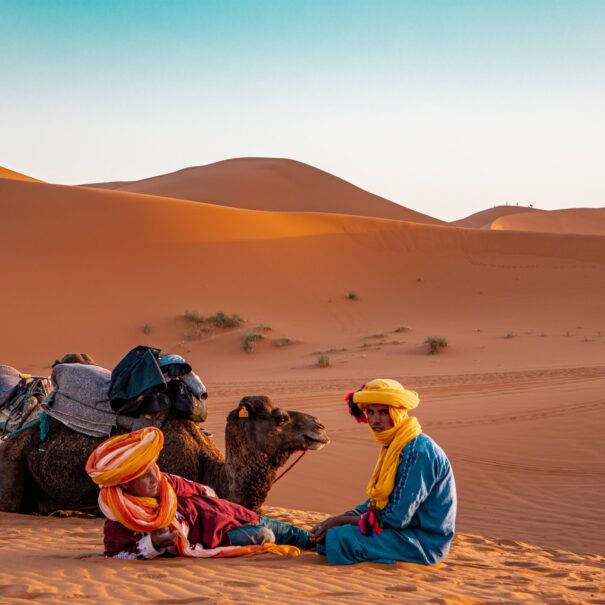 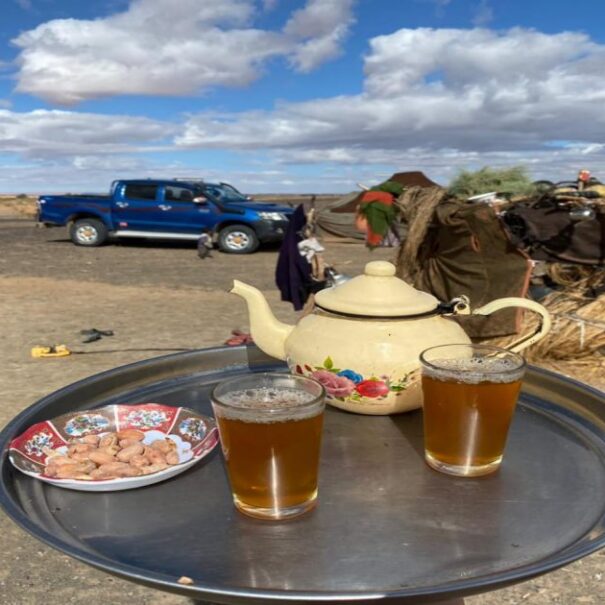 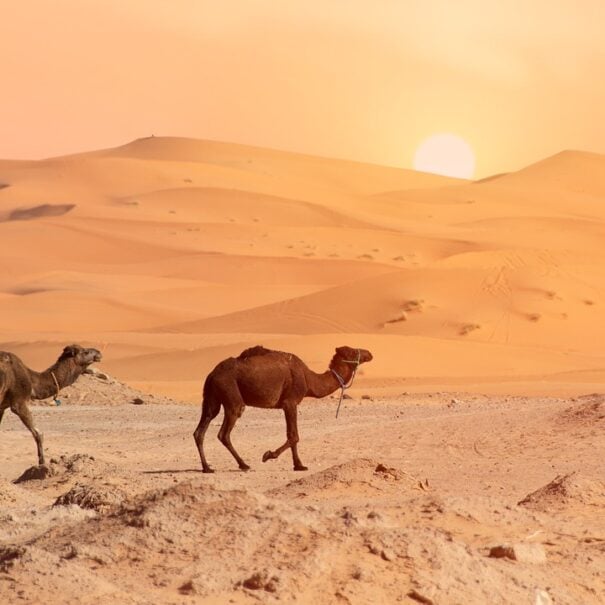 3 days tour from Ouarzazate to Merzouga

4 days tour from Agadir to Merzouga 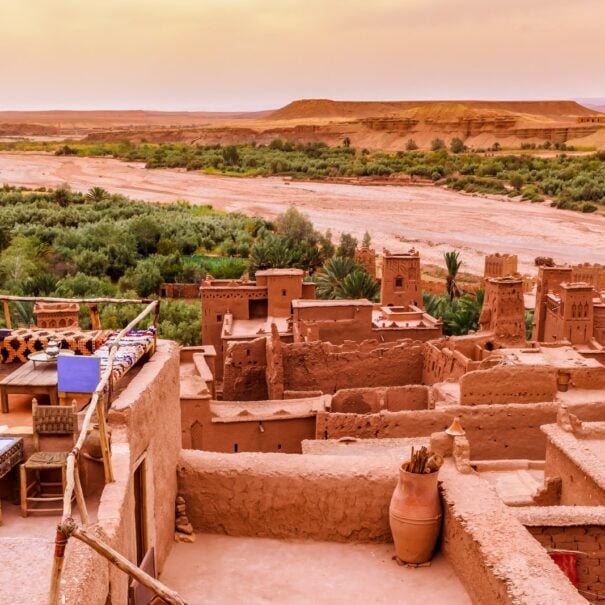 10 days tour from Casablanca to Marrakech 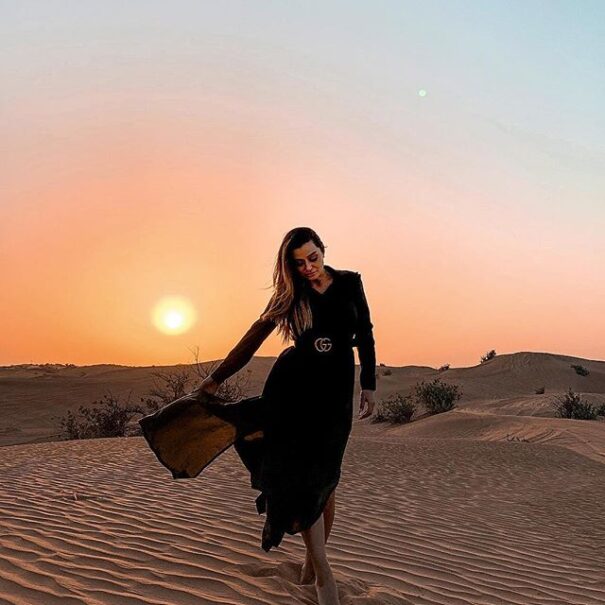 5 days tour from Casablanca to Marrakech 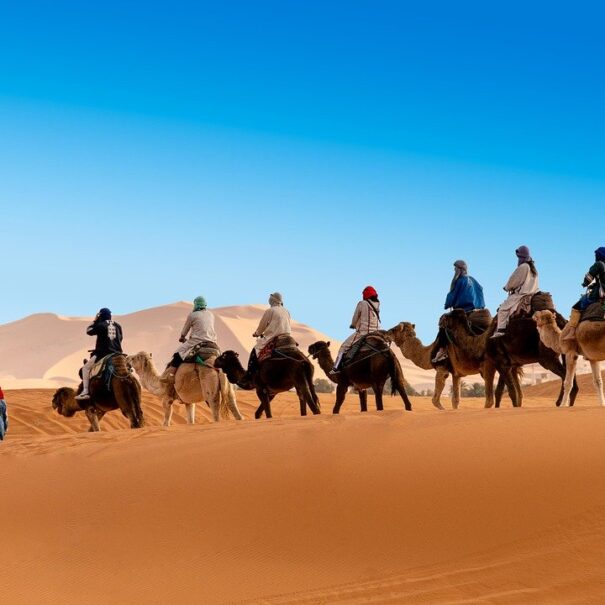 3 days tour from Ouarzazate to Marrakech

6 days tour from Casablanca to Marrakech 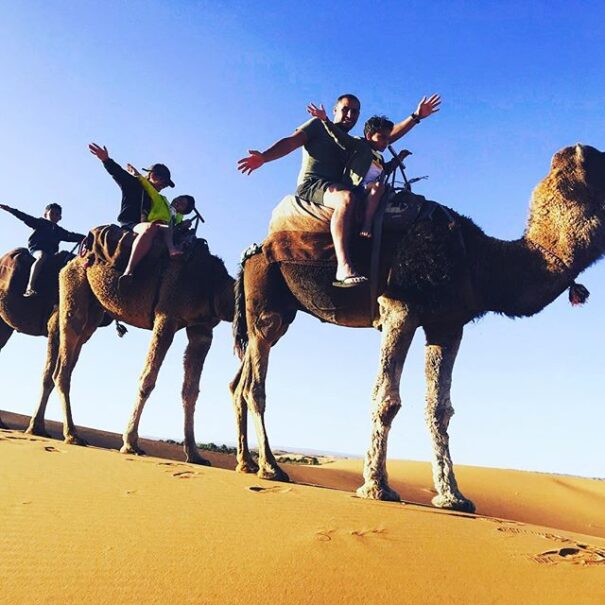 4 days tour from Casablanca to Marrakech 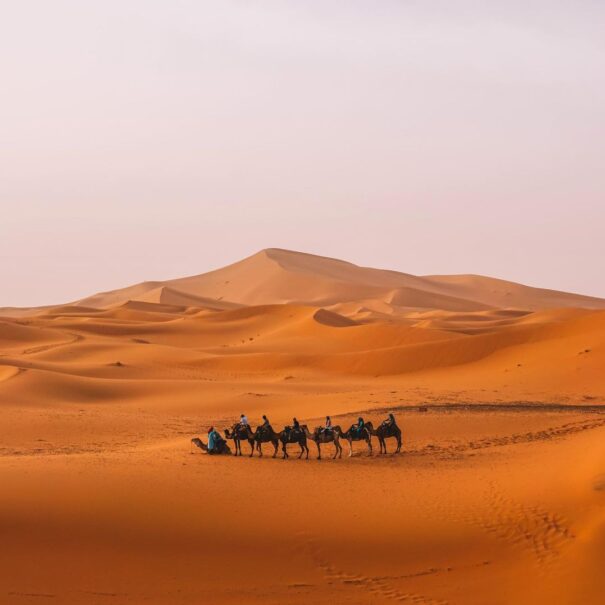 3 days tour from Marrakech to Fes 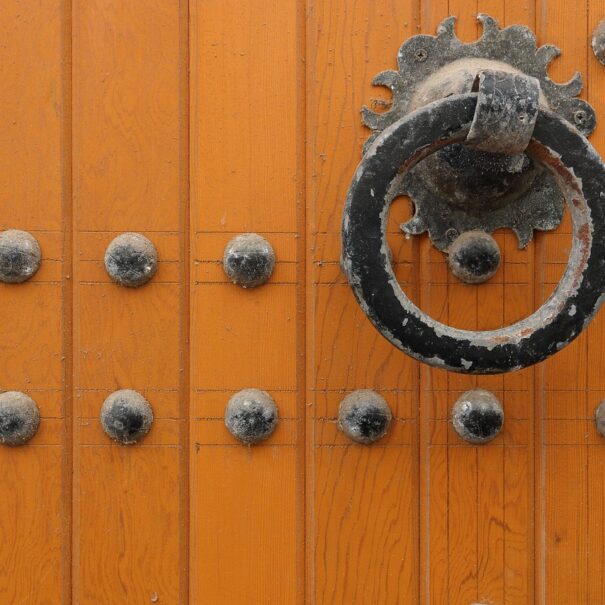 3 days tour from Marrakech to Merzouga 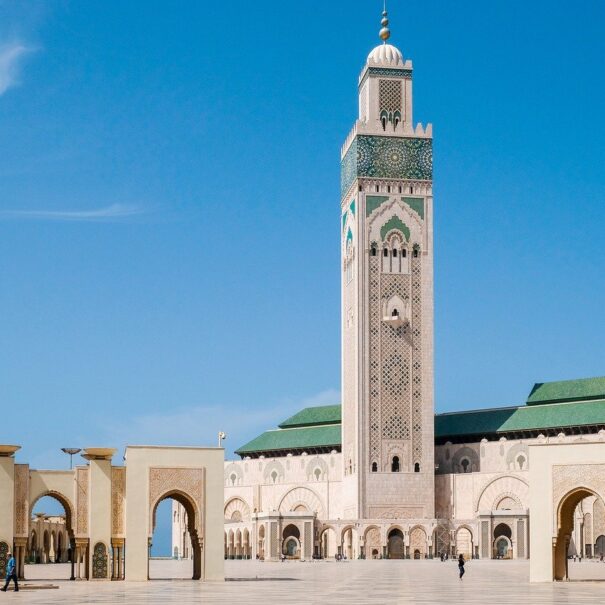 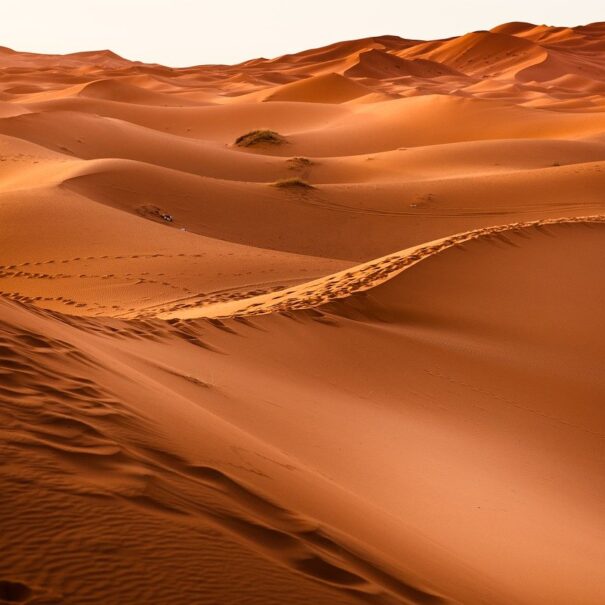 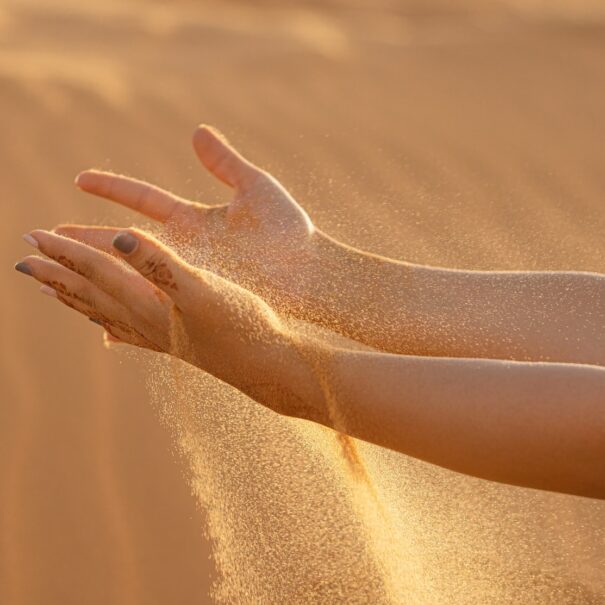 2 days tour from Marrakech to zagora

During our 7 days desert tour from Agadir to Merzouga, we will visit several magnificent locations, including Marrakech, Ait Benhaddou, and Merzouga. We’ve written a few lines about these locations down below.

Marrakech, often known as the “Red Pearl of the South,” is one of four royal cities in the country’s center. Its lengthy and rich past is reflected in an unusually high number of monuments. The city became the empire’s capital in the 12th century, and it became a commercial center in the 17th century when caravans traveled through on their route to the interior of Africa. During the reign of King Moulay Hassan in the nineteenth century, beautiful mansions were erected.

The Koutoubia Mosque, with its almost 80-meter-high tower, and the Jemaa-el-Fna Square, where a magical theater is produced every evening, are also landmarks in the city. Jugglers, snake charmers, belly dancers, and storytellers congregate here. People also visit the Saadian tombs, where more than 60 members of the royal Saadian dynasty are interred. The palace of el-Bahia has been nearly entirely intact, with 150 chambers where the vizier Ba Ahmed housed his harem of 100 women. Marrakech, with its beautiful ambiance reminiscent of the legends of a thousand and one nights, will conjure amazing moments amidst palm trees, fountains, and the ruins of medieval fortresses.

The Kasbah of Ait Benhaddou:

Without a doubt, At-Ben-Haddou is Morocco’s most gorgeous town. At-Ben-Haddou is a ksar constructed against the side of a hill. A ksar is a fortified city constructed completely of wood and loam in this example. At-Ben-Haddou may appear familiar to you since it is frequently utilized as a film set. Famous films and television shows such as Game of Thrones and Gladiator were filmed there.

When you visit At-Ben-Haddou, you feel as if you are transported back in time. It was erected by the Berbers about the year 750 and is very well preserved. It takes its name from the commander Ben-Haddou. They also claim Ben-Haddou is buried beneath the kasbah. This historic settlement served as a crossroads for trade routes between Marrakech and the Sahara.

The cinema city of Ouarzazate:

The Atlas Film Studios, located in the Moroccan city of Ouarzazate, is the world’s biggest film studio. The city of Ouarzazate is fittingly named Ouallywood. The reddish-brown, desert-like emptiness is transformed into a battleground on a regular basis. These studios have been used to film over 200 films and television shows. The Atlas Picture Studios has been the location for classic films such as The Gladiator, Kingdom of Heaven, The Mummy, The Passion of the Christ, Game of Thrones, and the newly released film Aladdin.

Merzouga desert is a must-see on every Morocco tour departing from Agadir, Marrakech, Casablanca, or Fes. It is a vast desert located in Morocco’s southeast. The beautiful dunes and a variety of activities make it a popular tourist destination.

It is advised to ride camels in the desert and spend the night in a Berber tent. Local Berbers will perform music for you beneath a starry sky at night. Other things to attempt in Merzouga include quad biking, listening to Gnaoua music, seeing the Srij Lake, visiting the Hassi Labied Oasis, and others.